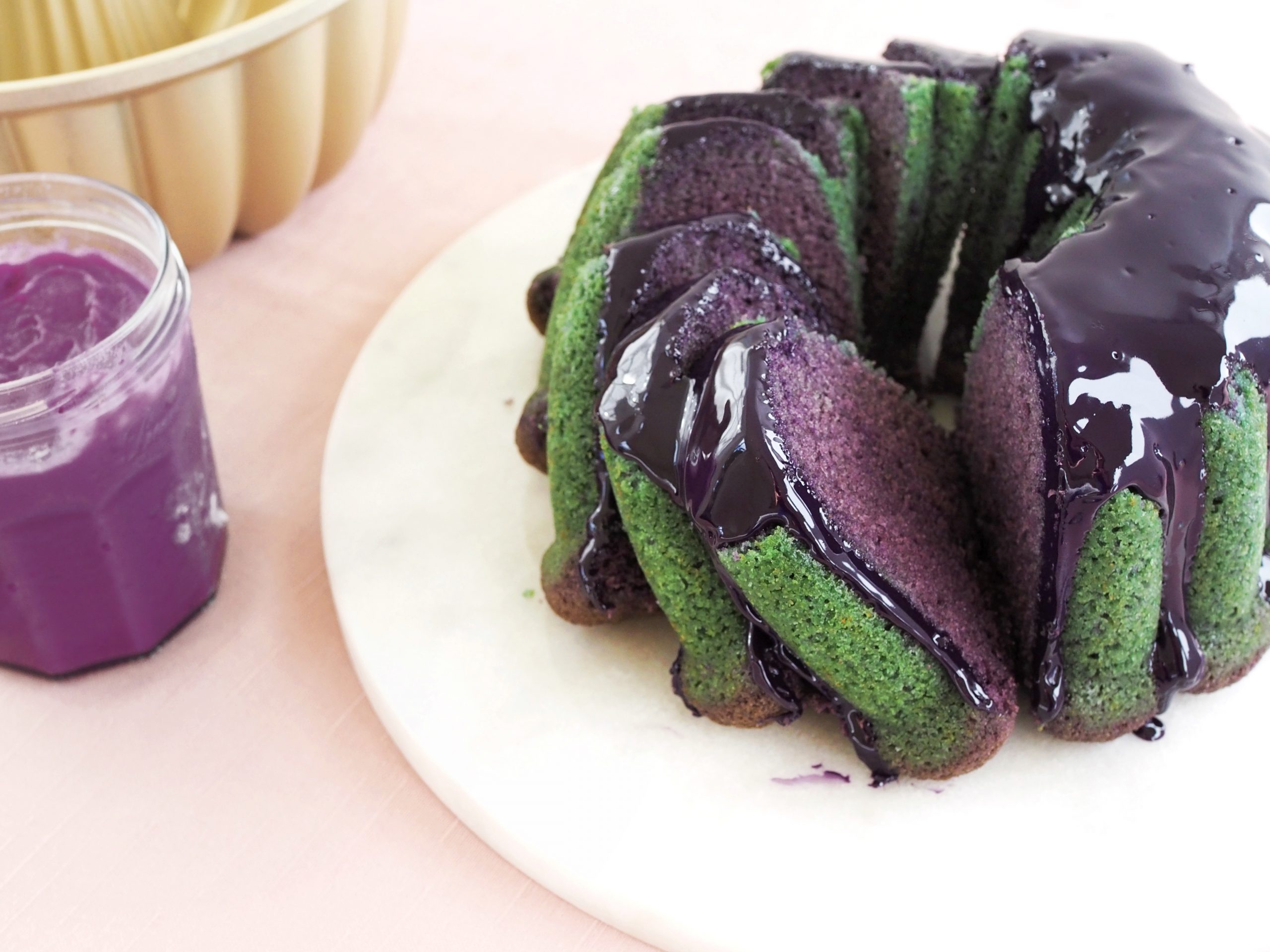 Jump to recipe
In my Strawberry Cheesecake Post I discussed what a ganache is, and mentioned that it has plenty of uses. My recipe today also uses a ganache but with a different ratio and I use this to glaze my Ube Butter Cake. Last time, I incorporated the ganache in the cheesecake to help it set and have form instead of using gelatine, this time I used it as a decorative topping to make my cake look lovely and also to enhance the ube flavour.

Now, the cake recipe today is baked in a 10-cup bundt pan. What is a bundt pan you say? Bundt pans are cake pans that look like donuts because they have a tube in the middle. They also have different designs that make your cake look spectacular (when you get the cake out correctly). You’ll see the bundt pan I have in my video below, but if you don’t own one and still want to make this cake, don’t fret! You can use a large loaf pan instead.

This cake is a variation of my vanilla butter bundt. I wanted to make an ube flavour to commemorate Filipino Food Month. Filipino flavours and Filipino food don’t tend to be as popular as other cuisine, and Filipino Food Month is the Government’s initiative to give it a push globally since Filipinos are all over the world. Now this cake is not traditionally from the Philippines, however, ube is a well-known native flavour of the Philippines. Ube is a root crop also known as purple yam. It’s colour gives desserts a vibrant pop but this doesn’t translate to a strong flavour, instead its flavour is very mild–a little nutty with a hint of vanilla. It is widely used in local desserts, and one day I will post an actual traditional Filipino ube dessert when I get my hands on fresh ube again. But for now, here is the recipe for this delicious and easy to make butter cake. Happy baking!

For the cake For the glaze

Make the glaze: Make the cake