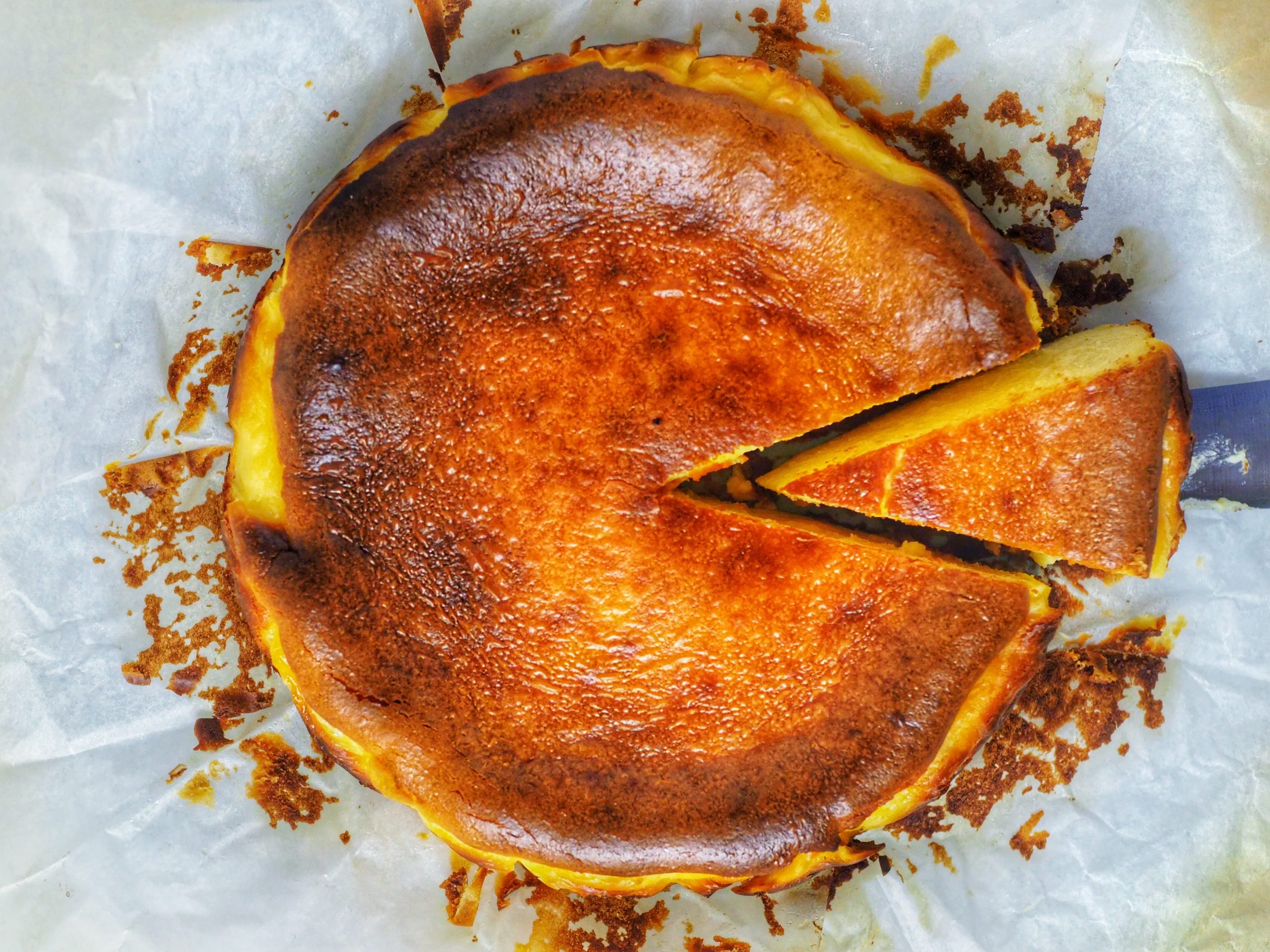 You might have heard and seen photos of a burnt cheesecake in your social media in the last couple years. This was made famous by a small bar in San Sebastian, Spain called La Viña. I mentioned before how my friends and I love cheesecakes. I remember going to New York and heading straight to Junior’s cheesecake in Manhattan, but this cheesecake is not like the NY Baked cheesecake. This one is crustless, light, soft in the centre and for me, tastes a bit like a Portuguese egg tart because it contains plenty of eggs. I refer to New York because I’ve never been to San Sebastian, but I know exactly what my first stop would be when I finally visit.

Since I’ve never been to the birthplace of the burnt cheesecake, I did plenty of research and found a video by Santiago Rivera who is the chef behind the La Viña Cheesecake. I kindly asked a friend to translate the video and from there the only thing that’s left was for me to trial which springform size to use because it wasn’t specified. The original recipe is as follows:

In the video, Santiago Rivera used a spoon to mix the cream cheese and sugar, then added eggs one at a time. He then added the flour and finally the cream. He pours the mix into a springform pan and bakes at 210C for 40 minutes. You can watch the video I’m talking about below, I found it on a European online radio and TV channel EITB.eus.

I made the cheesecake as instructed above and settled on a 26cm springform. It’s creamy, and custard-like, and I find a lot of people find it too eggy for a cheesecake. I personally love it. It reminds me of a Portuguese egg tart and a Japanese cheese tart, but without the shell. If you haven’t tried the original, I suggest you make it at least once, because really, what’s the point of jumping on the burnt cheesecake bandwagon when you are clueless on what the original actually is like.

The goal is for the cheesecake to be dark brown outside while preserving the soft and creamy centre. To do this, you need to bake the cheesecake at a high temperature. This cheesecake is beautifully rustic, and very photogenic, as you can see from my photos above.

My version is a tad smaller than the original and baked in a 23cm springform instead of 26cm. Because of this, I adjusted the the temperature for the same baking time. I also added vanilla and lemon for flavour. You can find my recipe below. Try making both and let me know which one you prefer. Don’t forget to tag me on social media when you post your beautiful cheesecakes and use #mrsfancypantsrecipes. Happy baking!