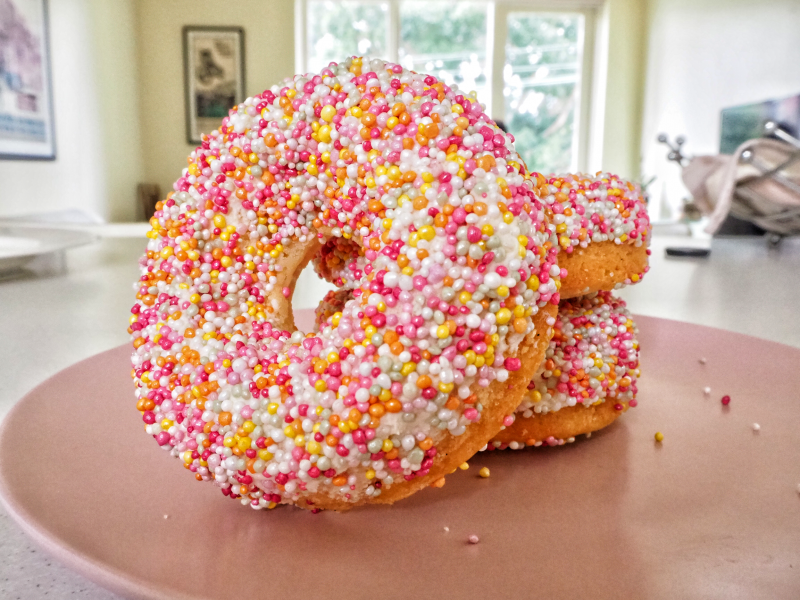 Jump to recipe
Fairybread is originally, sliced white bread topped with 100s and 1000s. It’s a snack served in Australia at kid’s parties.

When I decided to start a blog, I had no clue how and where to begin. It’s such a steep learning curve that it took me months just sitting in front of my laptop working on a website that I didn’t know if I’d even ever publish or finish. When the Australian government ordered the lockdown of restaurants & pubs, I took the opportunity of being stood down as a professional chef to work on Mrs. Fancy-pants.

I figured, I had to start somewhere and the easiest way–I thought–was to start with social media. I already had active personal social media accounts, and all I had to do was launch Mrs.FancyPants on those social platforms while I continuously work on my website. To be honest, it’s not as easy as I thought. I created a Facebook page, an Instagram account and a YouTube channel, for starters. I might get into Pinterest in the future, but I haven’t decided yet.

So imagine how excited I was to see that my Facebook page was gaining a bit of traction and my friends were getting great results from my recipes. It felt very fulfilling, and when I recently reached 1.2K followers on my Facebook page, I thought it would be nice to commemorate the milestone with something colourful and delicious, so I made these cute Fairybread doughnuts.

Now these doughnuts are baked, not fried and they don’t need yeast as well, instead the base is basically a cake. They’re soft, and fluffy and the frosting is delicious, I’m sure you won’t be able to stop at one!

This recipe makes 30-32 doughnuts using Wilton doughnut pans as well as 30-32 cupcakes, depending on how much you fill the pans. It’s perfect for a party but could easily be halved for small group consumption.

P.S. I use metric units in most of my recipes but I’ve included US measurements as well for your reference. I’ve tested the recipe using both units of measurement.

Click on the photos to buy these pans on Amazon